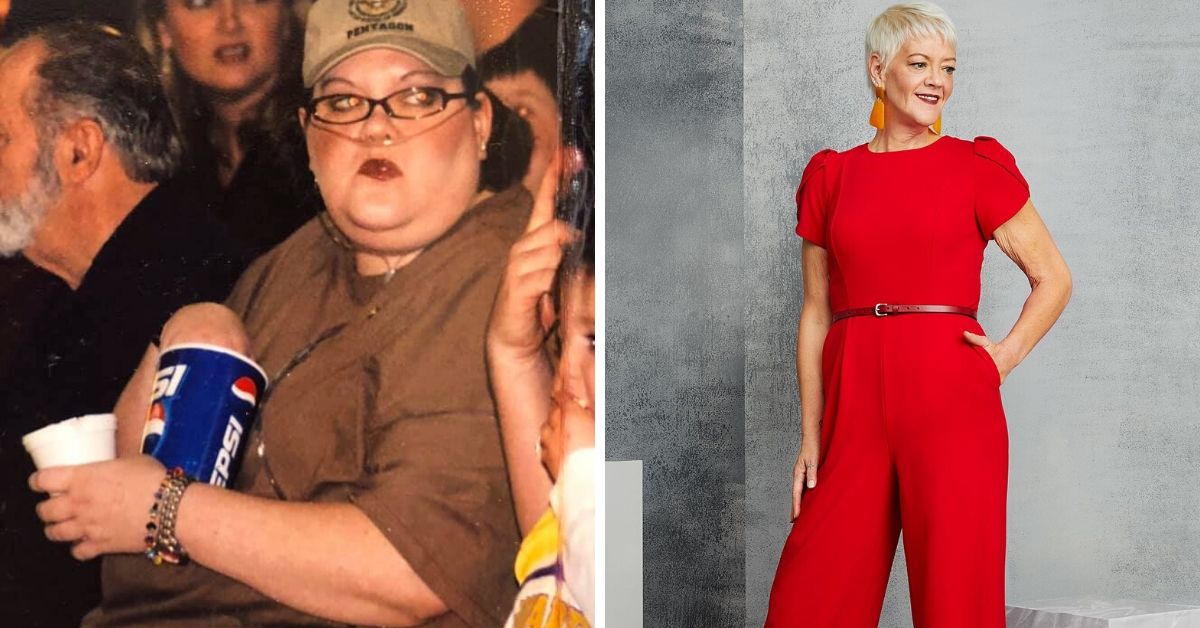 Tina Cole Campbell struggled with her weight for as long as she could remember, but after being told she wouldn’t live past 40, she decided to turn her life around, for good.

At the time of her high school graduation, Campbell weighed 180 pounds. Fast-forward 13 years, she was up to 320, after giving birth to her two sons.

She decided to start dieting again and lost 150, but not only did she gain most of the weight back the following year, she also got a high blood pressure diagnosis and her health kept deteriorating.

“I first got sick in 2003. I was given a beta blocker for my blood pressure that put me into respiratory arrest,” Campbell said.

I’ve been in respiratory arrest six time between July 2003 and December 2006, and I ended up on a lot of medications — 36 at one point — and a lot of steroids.

Bed-ridden and medicated, she relied on the fast food her then-husband brought home each night, and her weight climbed up to 500 pounds by 2005.

But then, a grim diagnosis came

The doctors told me that I wasn’t going to live to be 40 years old.

She took no chances and had a full hysterectomy, and slowly began to lose weight. Between 2008 and 2016, she lost about 135 pounds, but there was more to go.

Campbell decided to undergo gastric bypass surgery while still on her soon-to-be ex husband’s insurance, but after working to lose weight over seven months to prove she was ready for the procedure, she was devastated to find out that the insurance wouldn’t cover her.

“I spent three days just crying and freaking out,” she said. “Then I told myself, ‘Get up, you can do this.’”

So she had to find another way

That’s when she slowly started become more active. At first, she started walking, first from her bedroom to the bathroom, then to the mailbox until she built up the strength to take walks to a local park.

Around the same time, Campbell joined TOPS, a support group for people wanting to lose weight, and she started tracking the food she ate.

“I found that eating lean proteins, fruits and vegetables, complex carbs and a lot of greens and fiber works best for me,” Campbell said. “It got to the point where I was losing consistently every week.”

While in the midst of her transformation journey, she started to notice her mindset was changing too. Looking back, Campbell recognizes she “wasn’t doing it for a guy.”

I was losing weight for me, because they had told me I wasn’t going to live. Now I’m 46 and I’m still here.

Since the beginning of her weight loss journey, she’s lost 340 pounds and feels as though her life has done “a complete 180.”

“I feel like I’m alive for the first time in a long time,” Campbell said.

Even if she’s lost over half of her body weight, she revealed she continues to struggle with longstanding body image issues, but is always working through them.

“I still carry some of that emotional baggage, but I’m working on it every day,” said Campbell. “Every morning I wake up feeling blessed that I’m alive.”

No matter how bleak the situation, there is always a way

While Tina could have elected to simply resolve herself to her fate, she did the opposite. She decided to live. She started with all the odds stacked against her–and that could have been cause for anyone to give up hope.

By managing to transform herself, she became healthier not only physically, but also mentally. Her story proves that with dedication, there is always a chance for us to turn our life around and become healthier.

Why Body and Mind Harmony Are So Necessary for a Successful Life
6 Signs That You’re a Visual Thinker!
The Power of Gratitude: 5 Small Tips for a Happier Life
8 Black-Owned Beauty Brands You Can Support Right Now!
How to be the change you wish to see in the world (in small ways)